Shape - A flat, enclosed area created when a line connects to enclose an area, an area is surrounded by other shapes, or an area is filled with color or texture

Value - The relative lightness or darkness of a surface

Texture - The visual or tactile quality of a form. Texture can be created visually using multiple marks, physically through surface variation, or through the inherent property of a specific material, such as sand

Space - The area within or around an area of substance

Pattern - Refers to the repetition or reoccurrence of a design element, exact or varied, which establishes a visual beat

Variety - The differences which give design visual and conceptual interest; notably, use of contrast, emphasis, differences in size, and so forth

Balance - The equal distribution of weight or force among visual units

Proportion - The relative size of visual elements within an image

Rhythm - Presentation of multiple units in a deliberate pattern

Abstract - A form derived from visual reality that has been distilled or transformed, reducing its resemblance to the original source; the reduction of an image or object to an essential aspect of its form or concept

Surreal - Realistic qualities paired with abstract forms. Results in the uncanny and unsettling. Often associated with a disorienting, hallucinatory, or dream-like quality, fantasy 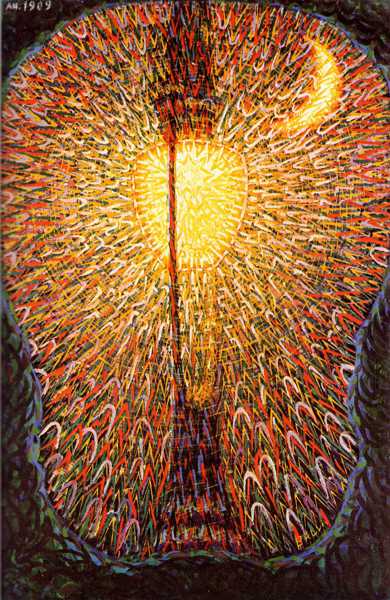 Giacomo Balla's beautiful painting of a street lamp is a poetic impression that represents the physical properties of light. At its center, the bulb burns with a white heat in the darkness of the night. Its radiant glow dissolves in concentric waves, each of which diminish in intensity and change color to suggest the different wavelengths of the spectrum. 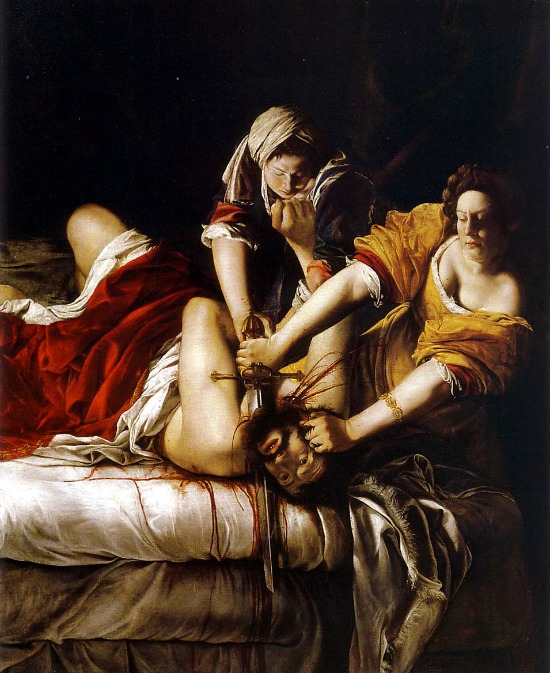 In this example of directional lines in art, Artemisia Gentileschi uses both diagonal lines to show the energy and excitement of the scene and vertical lines (in Judith’s attendant) to show strength. 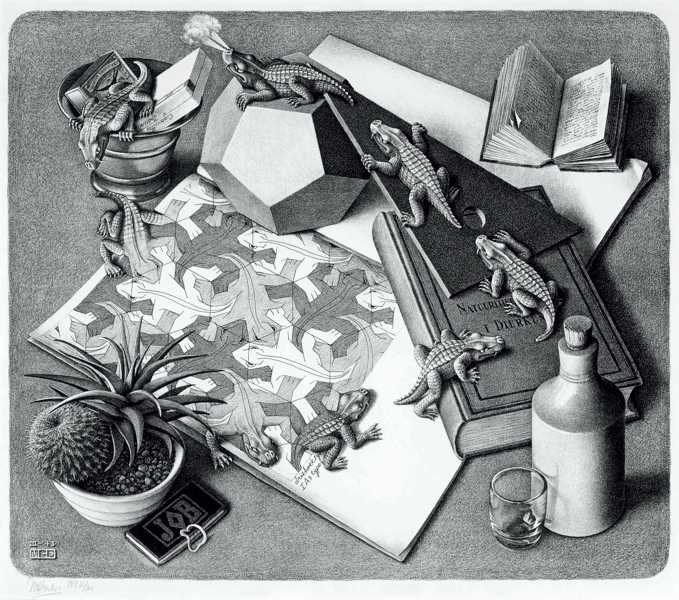 From an interlocking pattern drawn on a page of his sketchbook, the flat outlined shapes of the reptiles are brought to life by the addition of tone. They step out of their two-dimensional world into a three dimensional landscape of solidly rendered objects. 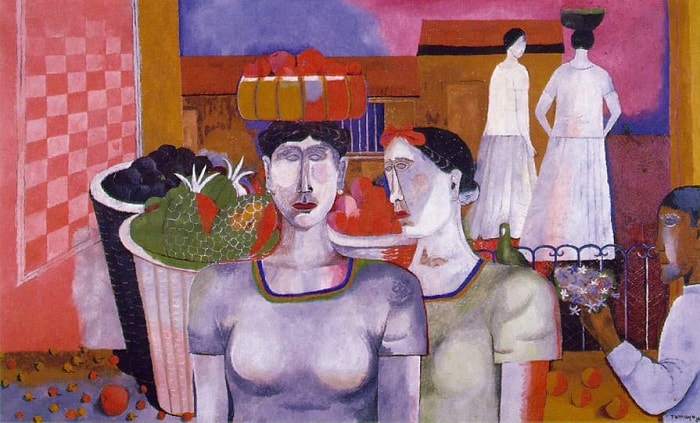 In this example of value in art, Rufino Tamayo adds white to a color to create a tint in the clothes of the women, one of the baskets, and in the checkerboard on the wall. 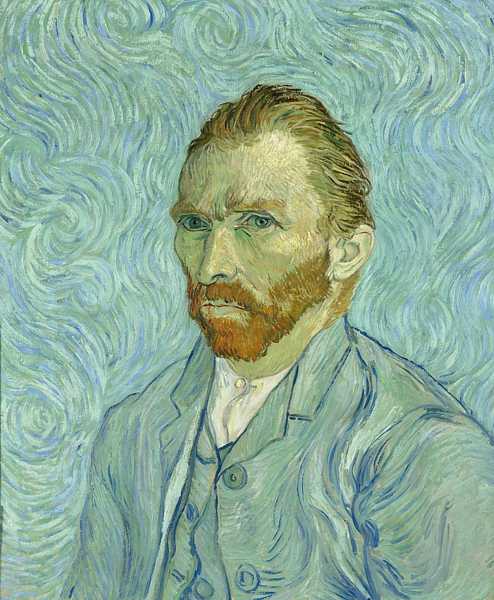 Van Gogh uses the physical texture of paint not only to fashion his own likeness but also to reveal his psychological disposition. The planes of his face and texture of his hair are boldly hatched in contours of expressive brushstrokes which, despite their feverish energy, hold together as a tightly drawn portrait. 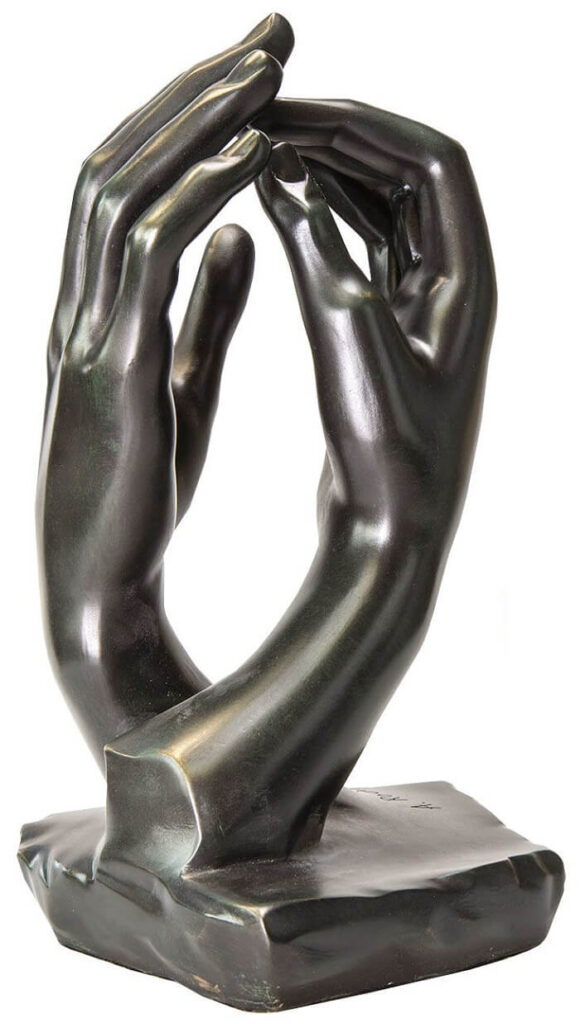 In Rodin’s The Cathedral, the empty negative space between the hands creates as much emotion and power as the positive space of the hands. 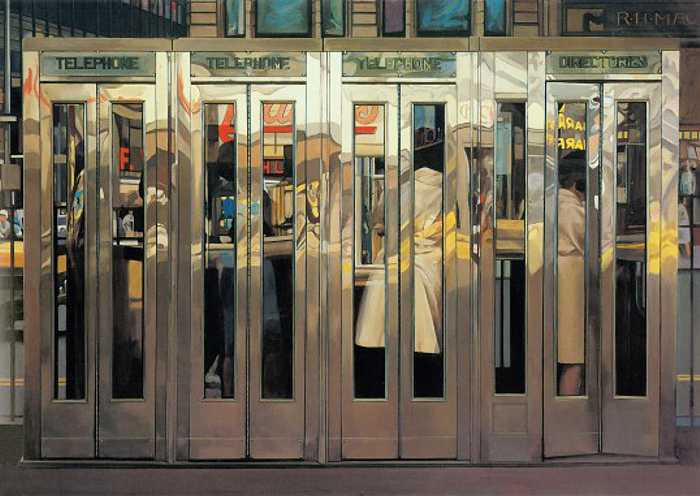 Telephone Booths contrasts the formal pattern of a row of rectangular phone booths with the informal surface of their polished steel and glass reflections. The rhythm of reflection and transparency, monochrome and color, light and dark, generates a flicker of pattern across the surface of the image to represent the clamor and confusion of New York City.