The Detective: Official Journal of Police Authorities and Sheriffs of the United States (March 1901-November 1912) The Detective was a monthly journal with articles relating to police work, advertisements for police equipment, and notices for wanted criminals sent from police departments from across the United States and Canada. It was published in Chicago by a a group of national law enforcement associations: the International Association of Chiefs of Police.; the National Bureau of Identification (U.S.); the Interstate Sheriffs' Association.; the Association of Railway Special Agents of the United States and Canada. The Pinkerton’s Detective Agency was a prominent sponsor and contributor. The magazine was founded in 1885 and published until the mid 1930s. 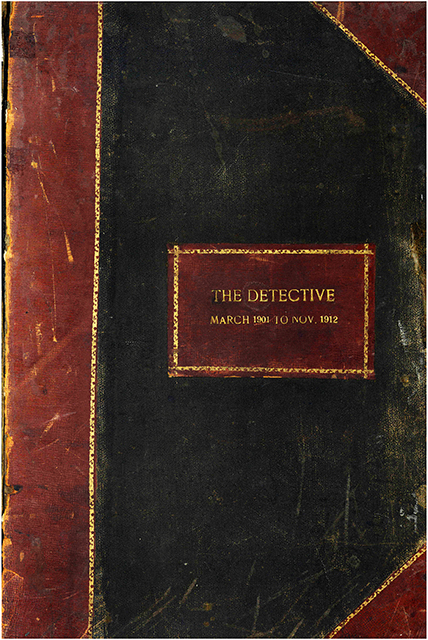