This slideshow has been assembled by members of the Northeast Campus Library's Computer Learning Center Team.  All image sources cited on slide #15.  June 2020. 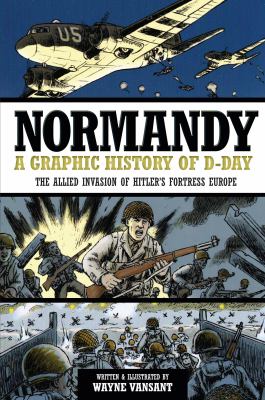 Normandy is a historically accurate and serious graphic narrative of the most anticipated event of World War II: the invasion of Normandy. 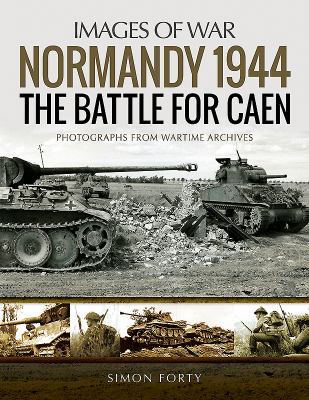 Caen, a D-Day objective on 6 June 1944, did not fall to the British and Canadian troops of Second Army until 6 August, by which time much of the city had been reduced to rubble. The two-month struggle was a crucial stage in the Normandy campaign and, as Simon Forty demonstrates in this photographic history, one of the most controversial. His detailed, graphic account gives the reader a fascinating insight into the opposing forces, the conditions, the terrain, the equipment and weaponry deployed - and it illustrates just how intense and protracted the fighting was on the ground. The reasons for the slow Allied advance have been hotly disputed. Deficiencies in British and Canadian equipment and tactics have been blamed, as has the tenacity of the German resistance. Ultimately a sequence of Allied operations sapped the defenders' strength, and it is these operations - Perch, Martlet, Epsom, Windsor, Charnwood, Jupiter, Atlantic, Goodwood - that feature strongly in the striking photographs that have been selected for this book. They record in the most dramatic fashion the character of the fighting and show how even the SS divisions and heavy tank battalions were eventually defeated. 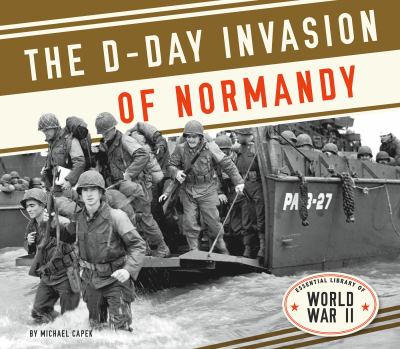 This title examines the invasion of Normandy during World War II, focusing on the planning, the equipment, and the brave soldiers who ensured an Allied victory. Compelling narrative text and well-chosen historical photographs and primary sources make this book perfect for report writing. Features include a glossary, a selected bibliography, websites, source notes, and an index, plus a timeline and essential facts. Aligned to Common Core Standards and correlated to state standards. Essential Library is an imprint of Abdo Publishing, a division of ABDO. 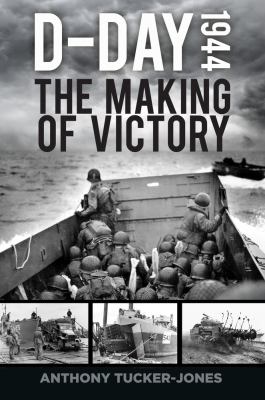 D-DAY was unprecedented. An invasion of this scale and magnitude had never been carried out before. The landings in North Africa, Sicily and Italy were of limited scope by comparison; if they had failed it would not have been a complete disaster, whereas Normandy heralded the long-awaited Second Front. This dramatic new study investigates the great feats of unique problem-solving that enabled the success of such an important invasion.Military historian Anthony Tucker-Jones brings his expert eye to bear on the D-Day landings and subsequent Normandy campaign. He reassesses the technical ingenuity required through the eyes of those who fought there, and vividly reveals how each side managed, whether dealing with the challenges of crossing the Channel safely or in defence of the French coast. Including first-hand accounts, D-Day 1944 places the reader in the thick of the action. 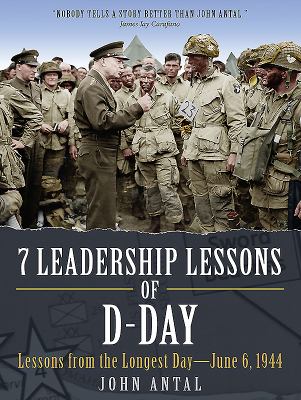 The odds were against the Allies on June 6, 1944. The task ahead of the paratroopers who jumped over Normandy and the soldiers who waded ashore onto the beaches, all under fire, was colossal. In such circumstances, good leadership can be the defining factor in victory or defeat. This book is about the extraordinary leadership of seven men who led American soldiers on D-Day and the days that followed. Some of them, like Eisenhower, Theodore Roosevelt Jr., and Lieutenant Dick Winters, are well known, while others are barely a footnote in the history books. All of them made a dramatic difference during Operation Overlord. All understood that they had a mission to accomplish and that if they failed to lead, that mission would fail and more men would die. When things did not go as planned, they took action, adapted and overcame - they were leaders. Leadership was the only ingredient that would get them through the storm of death surrounding them and their men. This book is not a full history of D-Day, nor does it cover the heroic leadership shown by men in the armies of the Allies or members of the French Resistance who also participated in the Normandy assault and battles for the lodgment areas. It is, however, a primer on how you can lead today, no matter what your occupation or role in life, by learning from the leadership of these seven. A critical task for every leader is to understand what leadership is. Socrates once said that you cannot understand something unless you can first define it in your own words. This book provides the reader with a means to define leadership by telling seven dramatic, immersive and memorable stories that the reader will never forget. 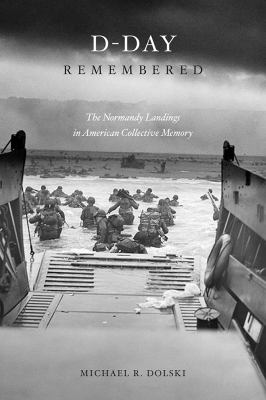 D-Day, the Allied invasion of northwestern France in June 1944, has remained in the forefront of American memories of the Second World War to this day. Depictions in books, news stories, documentaries, museums, monuments, memorial celebrations, speeches, games, and Hollywood spectaculars have overwhelmingly romanticized the assault as an event in which citizen-soldiers--the everyday heroes of democracy--engaged evil foes in a decisive clash fought for liberty, national redemption, and world salvation. In D-Day Remembered, Michael R. Dolski explores the evolution of American D-Day tales over the course of the past seven decades. He shows the ways in which that particular episode came to overshadow so many others in portraying the twentieth century's most devastating cataclysm as "the Good War." With depth and insight, he analyzes how depictions in various media, such as the popular histories of Stephen Ambrose and films like The Longest Day and Saving Private Ryan, have time and again reaffirmed cherished American notions of democracy, fair play, moral order, and the militant, yet non-militaristic, use of power for divinely sanctioned purposes. Only during the Vietnam era, when Americans had to confront an especially stark challenge to their pietistic sense of nationhood, did memories of D-Day momentarily fade. They soon reemerged, however, as the country sought to move beyond the lamentable conflict in Southeast Asia. Even as portrayals of D-Day have gone from sanitized early versions to more realistic acknowledgments of tactical mistakes and the horrific costs of the battle, the overarching story continues to be, for many, a powerful reminder of moral rectitude, military skill, and world mission. While the time to historicize this morality tale more fully and honestly has long since come, Dolski observes, the lingering positive connotations of D-Day indicate that the story is not yet finished. 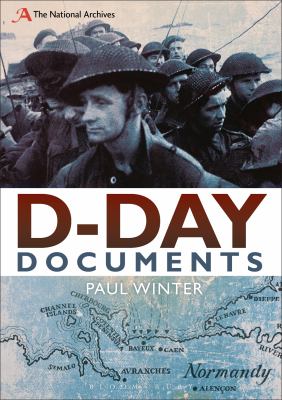 Published in partnership with the National Archives, D-Day Documents is a commemorative collection of previously unpublished documents marking the 70th anniversary of the Normandy landings. This unprecedented book contains not only 21st Army Group intelligence reports on 'Omaha' Beach, RAF Photographic Reconnaissance prints and the ship's log of HMS Warspite but various other important official documents covering different aspects of Operations Neptune and Overlord. Crucially, this single volume brings together for the first time the war diary entries of allAnglo-Canadian 'spear-head' units and regiments who landed in France on 6 June 1944. A unique publication, which celebrates one of the most momentous days in modern military history, D-Day Documents will fascinate anyone with an interest in the Second World War, as well as offering an invaluable primary source for military historians. 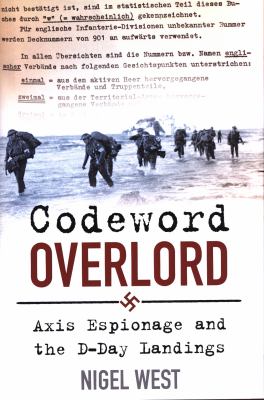 IT was inevitable that the Allies would invade France in the summer of 1944: the Nazis just had to figure out where and when. This job fell to the Abwehr and several other German intelligence services, and between them they put over 30,000 personnel to work studying British and American signals traffic, and achieved considerable success in intercepting and decrypting enemy messages. They also sent agents to England - but they weren't to know that none of these agents would be successful. Anxious to mislead the Axis, the Allies' security agencies sought to protect their D-Day secrets, but feared being overwhelmed by a sudden influx of spies routed through Spain and tasked to breach Operation OVERLORD. Until now, the Nazi intelligence community has been disparaged by historians as incompetent and corrupt, but newly released declassified documents suggest this wasn't the case - and that they had a highly sophisticated system that concentrated on the threat of an Allied invasion. Written by acclaimed espionage historian Nigel West, Codeword Overlord is a vital reassessment of Axis behaviour in one of the most dramatic episodes of the twentieth century. 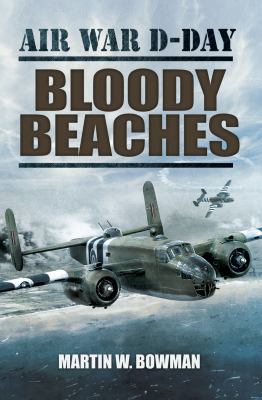 This fourth volume of a comprehensive five part work on D-Day covers every aspect of aerial operations on and behind the beaches at 'Omaha' and 'Utah' beaches on 6 June 1944. It might be imagined that the passing years would blunt the outlines of the experience but the D-Day veterans do not forget. Their accounts convey the chaos, terror and hysteria as the first salvos of German fire clanged off the landing craft, in language that is all the more powerful for its terseness and simplicity.The landings at 'Omaha' which were vital to connect the US troops at 'Utah' Beach with the British and Canadian beaches to the east were an unmitigated disaster with an estimated 3,000 killed, wounded and missing. The highest number of casualties of all the beaches, they were the greatest American losses in one battle since the Battle of Antietam Creek in the American Civil War in September 1862. The situation on the beach was chaotic as troops were pinned down by enemy fire and had to take cover behind mined beach defenses. As things progressed, it was an accumulation of individual acts of self-sacrifice and gallantry which opened up an exit and a seaborne bombardment by the task force saw tenuous footholds finally gained by early afternoon. In stark contrast to Omaha, an almost textbook landing was made at Utah; the air bombardment was effective and a strong current actually landed the 4th Infantry Division 2,000 yards south of their intended target where the beach was less heavily defended. This account analyses each aspect of the aerial operation, noting how events on the ground and in the sea impacted upon pilots endeavors in the skies. Evocative images supplement the text effectively to create a real sense of what it was like for the pilots of D-Day, the individuals who made such a contribution to the Allied war effort in the Second World War. 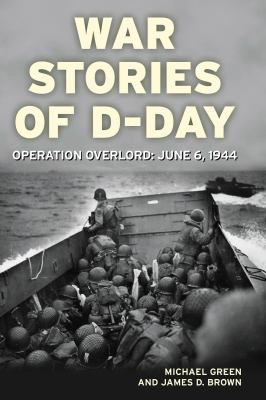