How to Spot a Serial Killer: Digital Resources

How to Spot a Serial Killer: Digital Collection

Visit our Digital Collection for How to Spot a Serial Killer OR click on the e-books in the slideshow below! 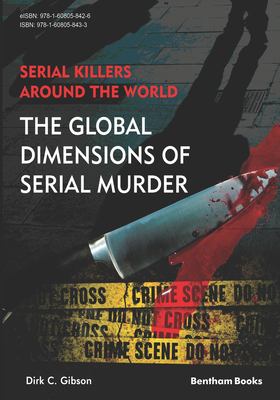 Serial Killers Around the World

Serial Killers Around the World: The Global Dimensions of Serial Murder compiles serial murder case studies from several countries - from Australia to Great Britain, and from Japan to Pakistan.

The Myth of the Chosen One

The case of Javed Iqbal, an alleged serial killer, attracted great attention around the world. Killing of even one person is a heinous act, but here is a man attributed with about a hundred cold-blooded murders of persons of young and tender ages. In the examination of this world renown case, Dr. Sohail has taken pains to examine this shocking episode from the point of view of a psychiatrist.

From perverse acts of cannibalism and dark sexual fantasies to vicious acts motivated by greed and a simple lust for blood, this book reveals the methods and motivations of some of the world's most notorious serial killers, including Juan Corona, Ian Brady and Myra Hindley, Pee Wee Gaskins, and Ivan Milat. 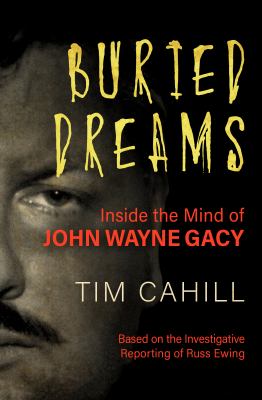 The definitive study of John Wayne Gacy--from his abusive childhood to the murders of thirty-three boys--based on four years of investigative reporting. John Wayne Gacy, the "Killer Clown," was a suburban Chicago businessman sentenced to death in 1980 for a string of horrific murders after the bodies of his victims were found hidden in a crawl space beneath his Des Plaines, Illinois, home. The serial killer had preyed on teenagers and young men--at the same time entertaining at children's parties and charitable events dressed as "Pogo the Clown." Drawing on exclusive interviews and previously unreported material, journalist Tim Cahill "offers the stuff of wrenching nightmares" (The Wall Street Journal): a harrowing journey inside the mind of a serial killer. 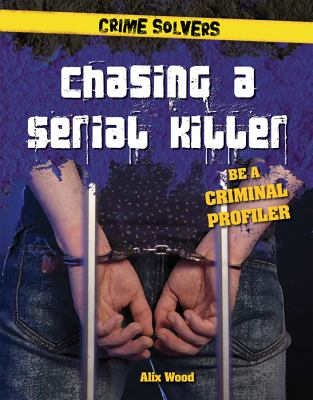 "Criminal profilers have the challenging task of building a profile, or description, of an unknown criminal offender. Using clues left behind at a crime scene and various investigative processes, they can discover what the culprit was feeling, planning, and perhaps even their next move. This is especially important when the perpetrator is a serial killer who will likely strike again. Readers will be engrossed in this account of a criminal profiler on a case. Vivid on-the-job photographs and images perfectly match the action of the story and support key attributes of this important career." 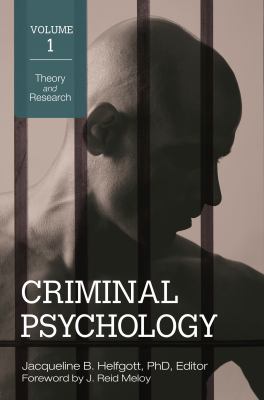 This comprehensive, four-volume reference set on the subject of criminal psychology includes contributions from top scholars and practitioners in the field, explaining new and emerging theory and research in the study of the criminal mind and criminal behavior. Unfortunately, criminal behavior surrounds us in our society, from petty theft and vandalism to multimillion-dollar white-collar crime to shocking terrorism attempts and school killings. Invariably, one of the first questions is, "Why did they do it?" Criminal psychology seeks to solve this complex puzzle 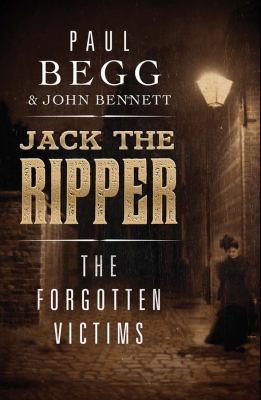 Experts agree that Jack the Ripper murdered five London women, but how many others did he slaughter in Britain or across the seas? The number of women murdered and mutilated by Jack the Ripper is impossible to know, although most researchers now agree on five individuals. These five canonical cases have been examined at length in Ripper literature, but other contemporary murders and attacks bearing strong resemblance to the gruesome Ripper slayings have received scant attention. These unsolved cases are the focus of this intriguing book. 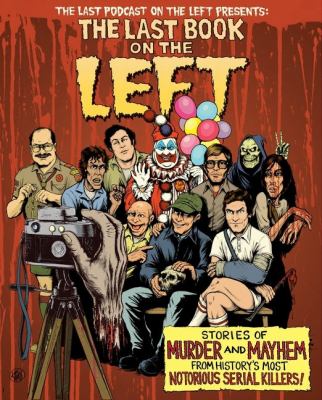 The Last Book on the Left

Since its first show in 2010,The Last Podcast on the Left has barreled headlong into all things horror, as hosts Henry Zebrowski, Ben Kissel, and Marcus Parks cover subjects spanning Jeffrey Dahmer, werewolves, Jonestown, and supernatural phenomena. Deeply researched but with a morbidly humorous bent, the podcast has earned a dedicated and aptly cultlike following for its unique take on all things macabre. In their first book, the guys take a deep dive into history's most infamous serial killers, from Ted Bundy to John Wayne Gacy, exploring their origin stories, haunting habits, and perverse predilections. 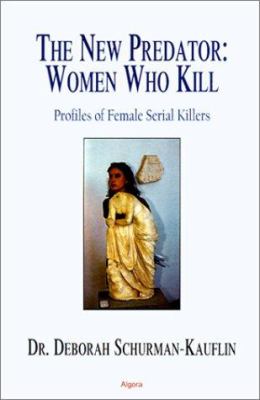 This is the first book ever based on face-to-face interviews with women serial killers. This book includes quotes from the interviews and profiles women who kill, and their crime scenes. 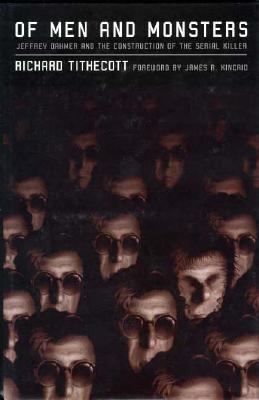 Of Men and Monsters

A text which explores the serial killer as an American cultural icon. Tithecott considers the ways in which the American media has dealt with examples of real and fictional serial killers, and argues that the serial killer we construct for ourselves is a figure both repulsive and attractive who fulfils dreams of masculinity, purity, and violence. 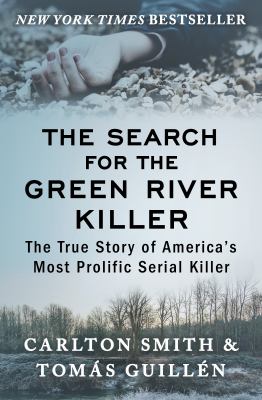 The Search for the Green River Killer

In the 1980s and 1990s, forty-nine women in the Seattle area were brutally murdered, their bodies dumped along the Green River and Pacific Highway South in Washington State. Despite an exhaustive investigation--even serial killer Ted Bundy was consulted to assist with psychological profiling--the sadistic killer continued to elude authorities for nearly twenty years. Then, in 2001, after mounting suspicion and with DNA evidence finally in hand, King County police charged a fifty-two-year-old truck painter, Gary Ridgway, with the murders. His confession and the horrific details of his crimes only added fuel to the notoriety of the Green River Killer. 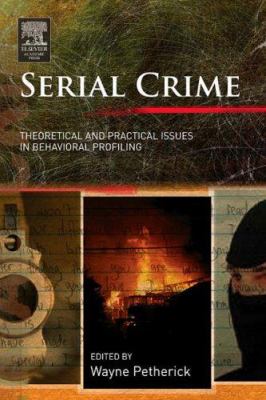 Serial Crime provides a theoretical and practical foundation for understanding the motivation and dynamics in a range of serial offenses. It successfully connects concepts and creates links to criminal behavior across crimes --murder, sexual assault, and arson-- something no other book available does. The connection of serial behavior to profiling, the most useful tool in discovering behavior patterns, is new to the body of literature available and serves to examine the ideal manner in which profiling can be used in conjunction with psychology to positively affect criminal investigations. 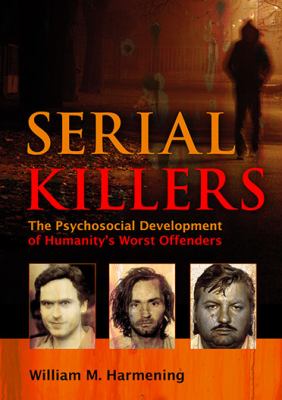 Whether it be Jack the Ripper in nineteenth-century England or Ted Bundy in 1970s America, the public has always been fascinated by the criminal offender type known as the serial killer. Professionals continue to speculate and develop new theories about their identity decades after their crimes ended. But what is it that causes such evilness in individuals that causes them to take an innocent life, not once but multiples times, and for no apparent reason beyond their own perverse psychological gratification? This fascinating book explores this question by looking at the psychosocial determinants of criminal behavior, including serial murder. 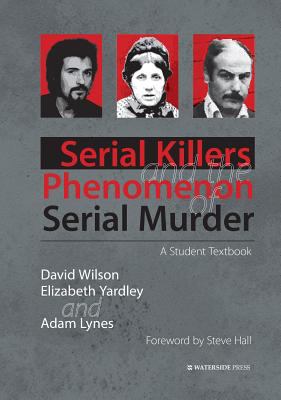 Serial Killers and the Phenomenon of Serial Murder : a Student Textbook 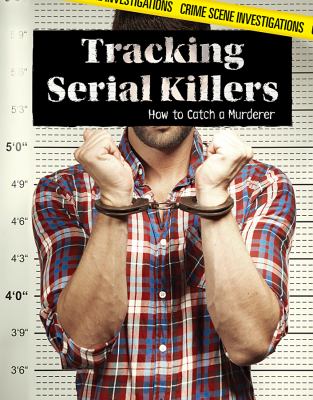 Tracking serial killers is a difficult job, but the men and women who do it help put brutal murderers in jail. As readers explore gripping main text, detailed photographs, and informative fact boxes and sidebars, they discover how the methods used to track serial killers have changed throughout history. They also discover the importance of science and technology in this line of work. Readers interested in pursuing a career in this kind of crime scene investigation are presented with valuable information to help them begin preparing now for such a challenging career path. 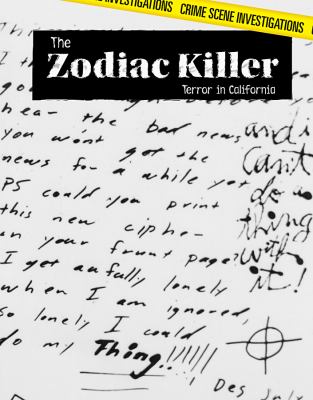 Who was the Zodiac Killer who terrorized residents of California during the 1960s and 1970s? The answer is still unknown. Readers take an in-depth look at the investigation that continues to fascinate Americans, discovering the details of the crimes and the search for the person who committed them. Additional information is presented through engaging sidebars and eye-catching fact boxes. Historical and contemporary photographs, including primary source images, help readers place themselves in the middle of one of the most famous unsolved mysteries in American history.