Finding Books at Your Campus 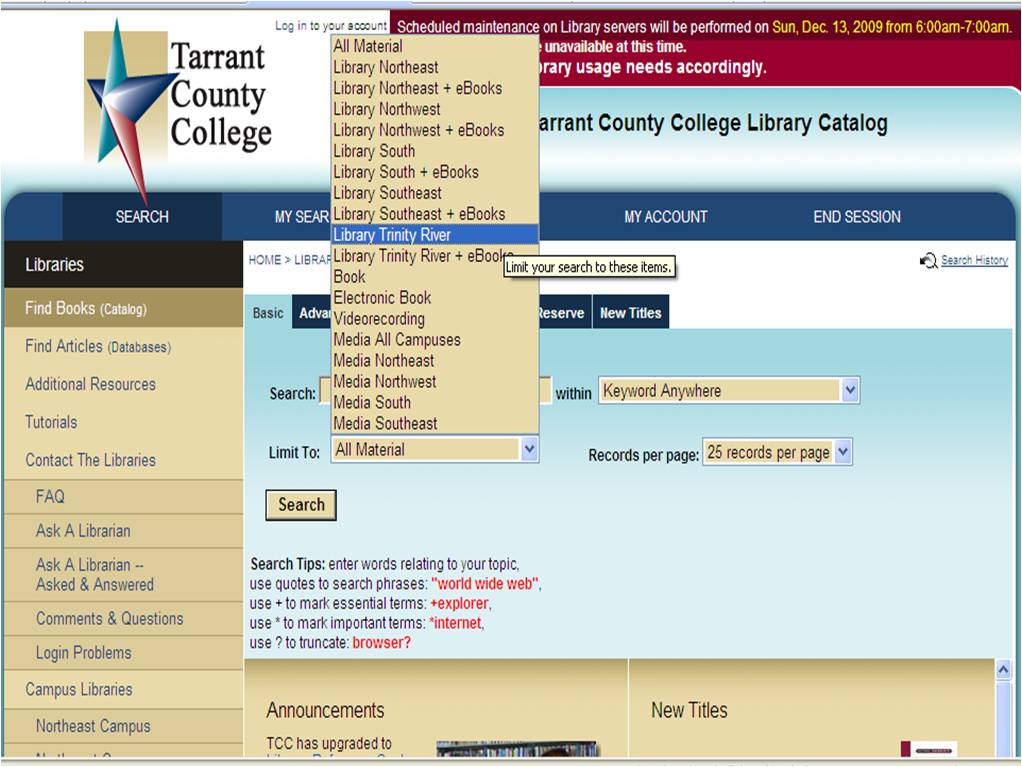 You can limit this search to the specific campus library.

1. Begin at the library catalog.

3. Select the Tarrant County College Campus you would like to search for specific matierials in.

4. In the blank "Search" box type a keyword or subject term you are looking for.

Title Begins with... Name of the book you are looking for. e.g. Streetcar Named Desire

Title contains... For finding titles that contain a specific word.

Call number Browse... Number and Letter system located on the spine of the book.

Journal Title... Title of the magazine or scholarly journal you are looking for. e.g. Vogue

The books listed below are available in the South Campus Library at the call numbers indicated. You will notice that call numbers for specific subjects are similar, that is because the books in the library are organized by Subject. Browse the shelves nearby when you locate one of the books below and you should find other books on the same topic.

You can request a book be sent to your closest campus library for you to pick up by following these instructions:

Migration as a Factor in American History

The Place and Importance of Religion in American History

Us vs. Them: divisive forces in American history