From the Smithsonian Institute:

"Celebrate the centennial of women’s suffrage in the U.S. with Votes for Women: A Portrait of Persistence!

The story of women's suffrage is a story of voting rights, of inclusion in and exclusion from the franchise, and of our civic development as a nation. Votes for Women: A Portrait of Persistence, a poster exhibition from the Smithsonian, celebrates the 100th anniversary of the Nineteenth Amendment and explores the complexity of the women's suffrage movement and the relevance of this history to Americans' lives today.

The crusade for women's suffrage is one of the longest reform movements in American history. Between 1832 and 1920, women citizens organized for the right to vote, agitating first in their states or territories and then, simultaneously, through petitioning for a federal amendment to the U.S. Constitution. Based on the National Portrait Gallery exhibition of the same name, Votes for Women seeks to expand visitors’ understanding of the suffrage movement in the United States. The poster exhibition addresses women's political activism, explores the racism that challenged universal suffrage, and documents the ratification of the Nineteenth Amendment which prohibits the government from denying U.S. citizens the right to vote on the basis of sex. It also touches upon the suffrage movement's relevance to current conversations on voting and voting rights across America.

Votes for Women: A Portrait of Persistence is organized by the Smithsonian Institution Traveling Exhibition Service in collaboration with the National Portrait Gallery. This project received support from the Smithsonian American Women’s History Initiative.

The Smithsonian American Women’s History Initiative, Because of Her Story is one of the country’s most ambitious undertakings to research, collect, document display and share the compelling story of women. It will deepen our understanding of women’s contributions to the nation and the world. More information about the initiative is available at womenshistory.si.edu."

Votes for Women: A Portrait of Persistence 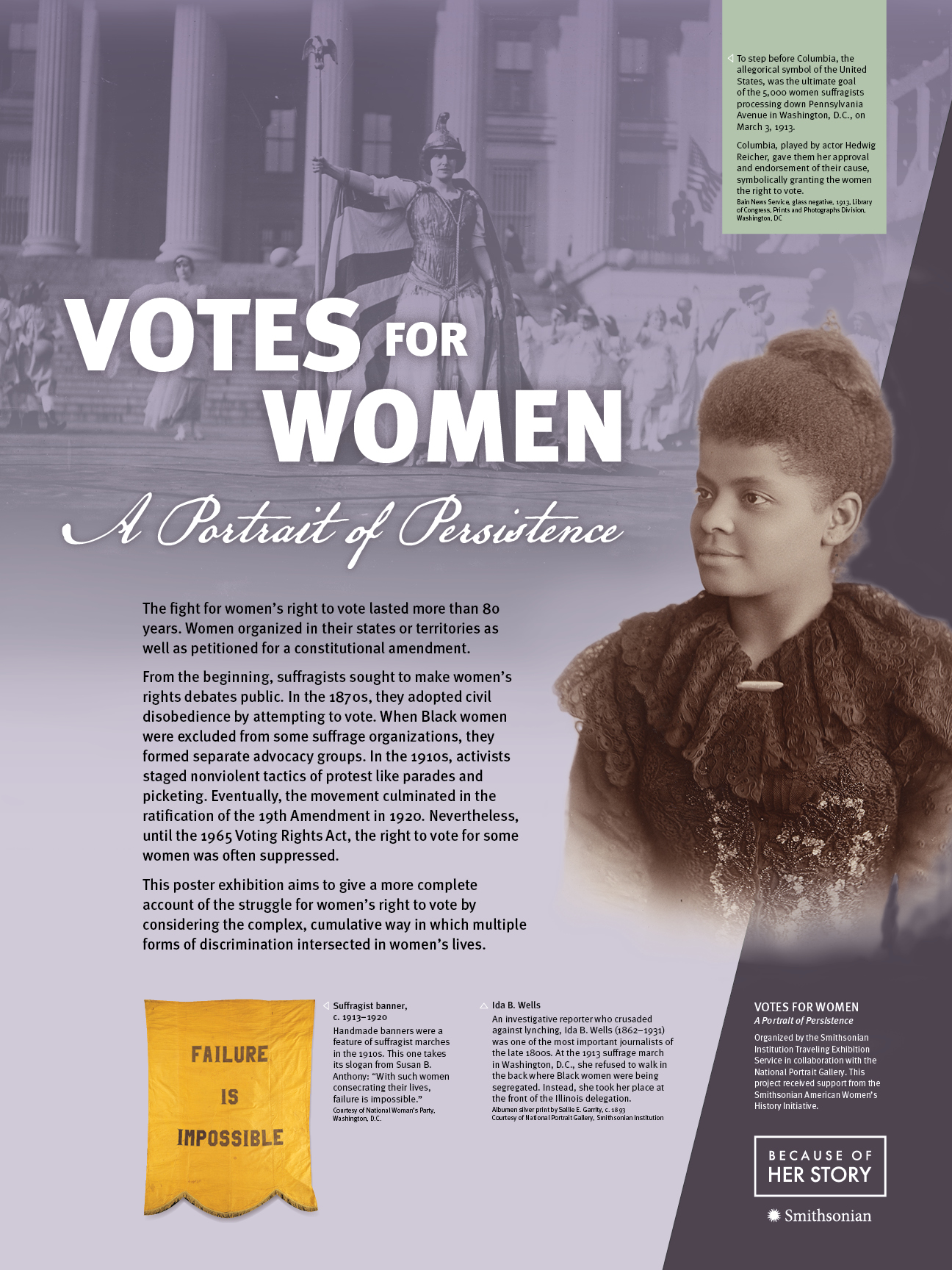 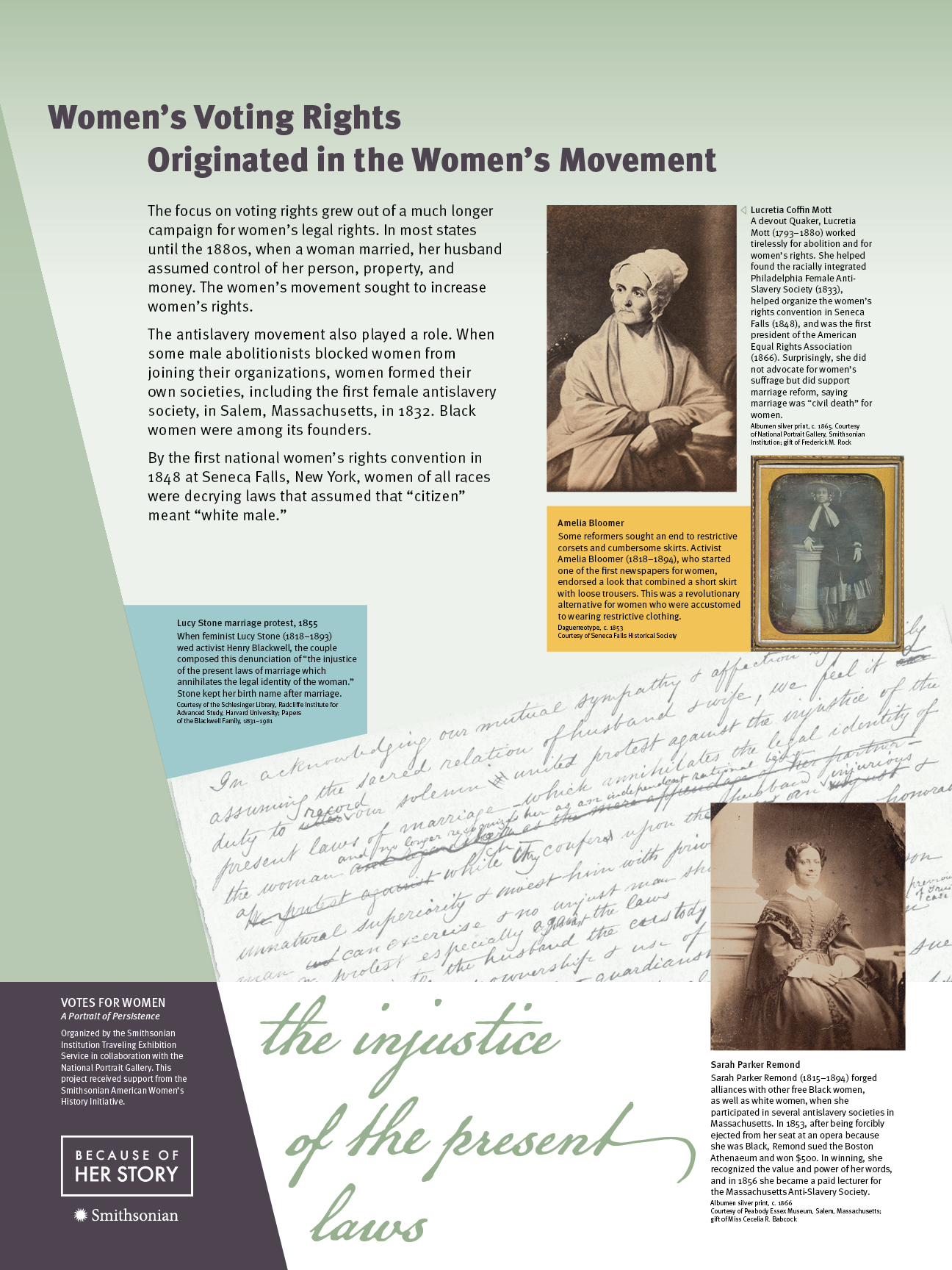 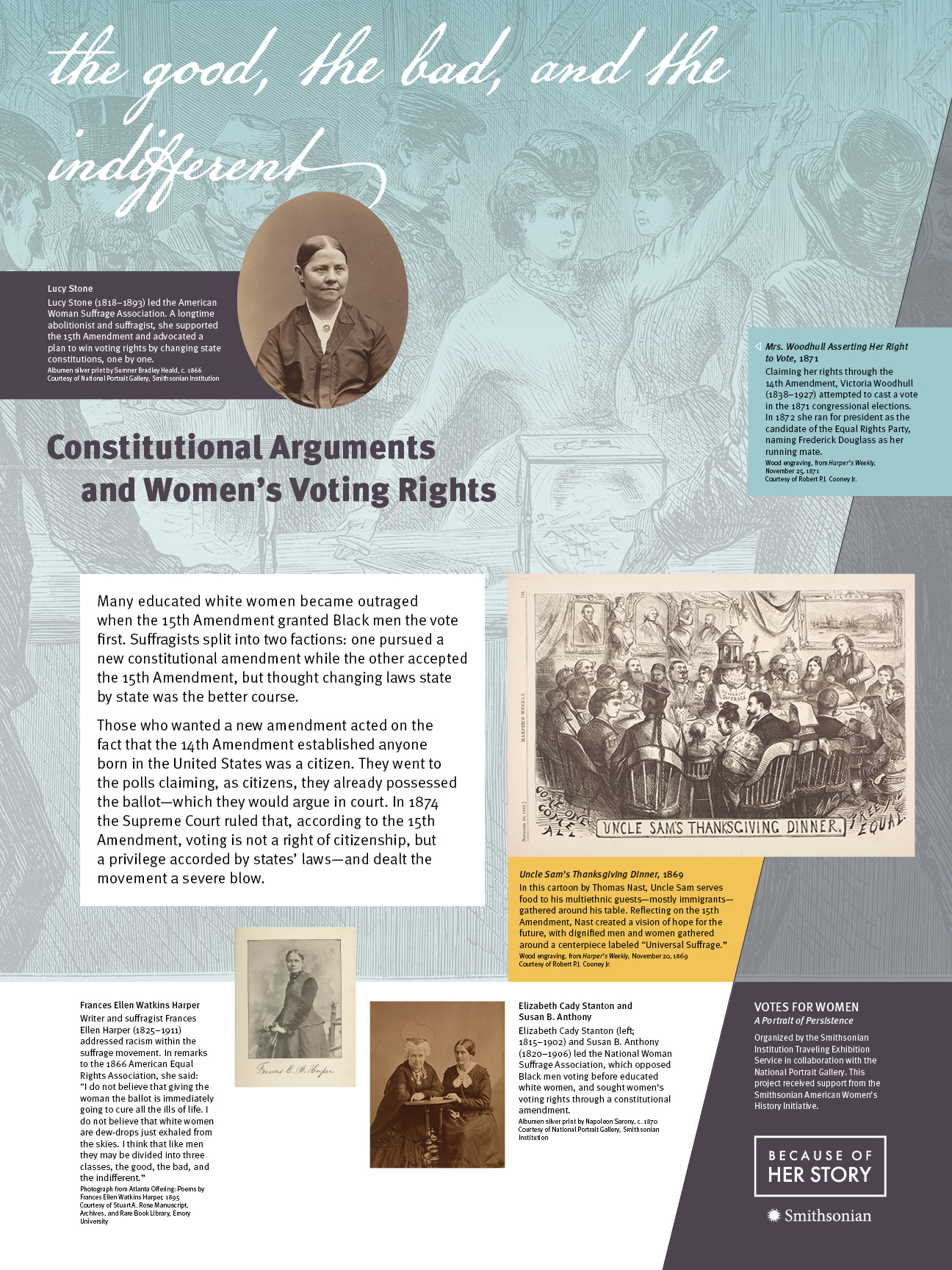 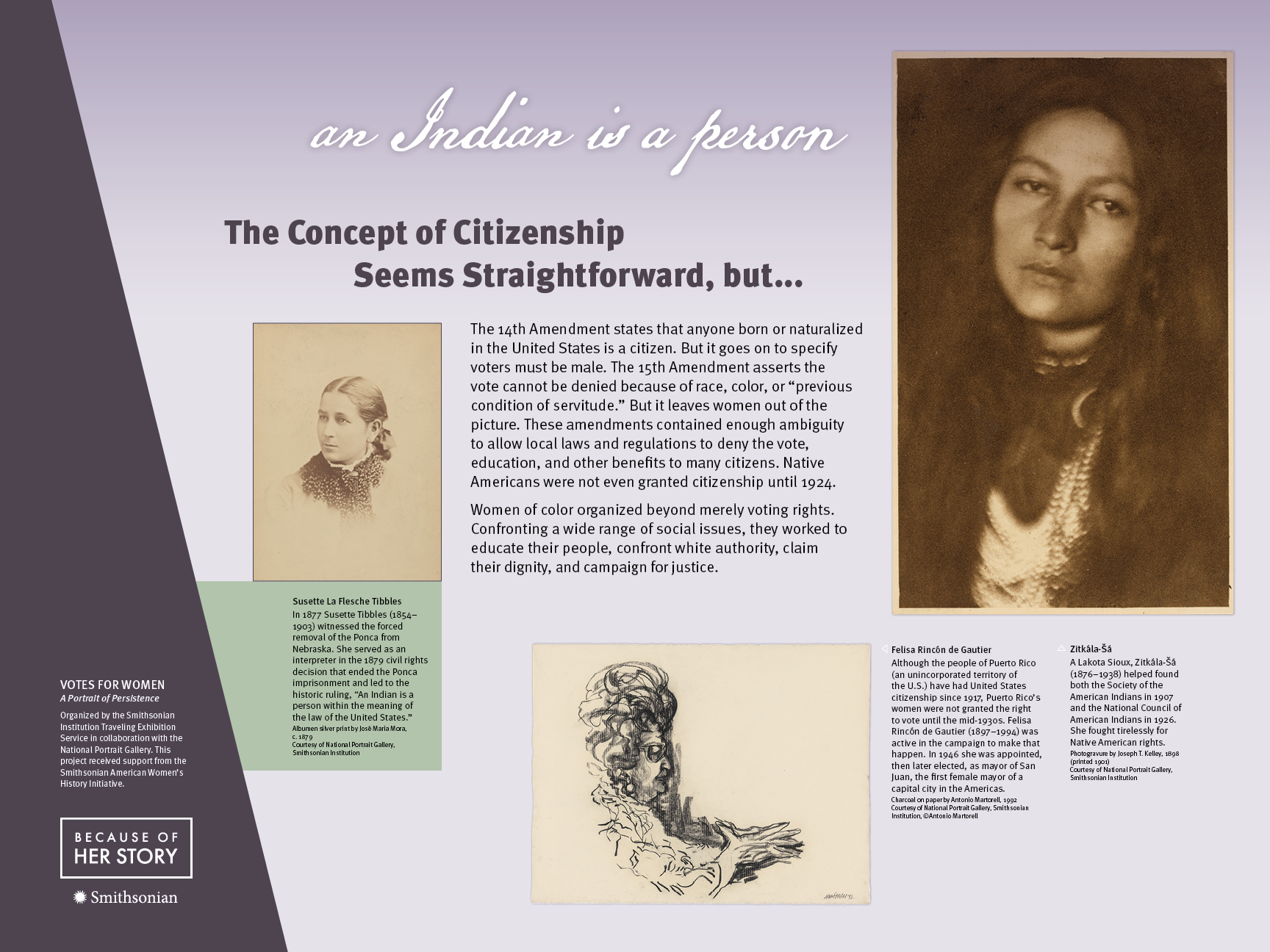 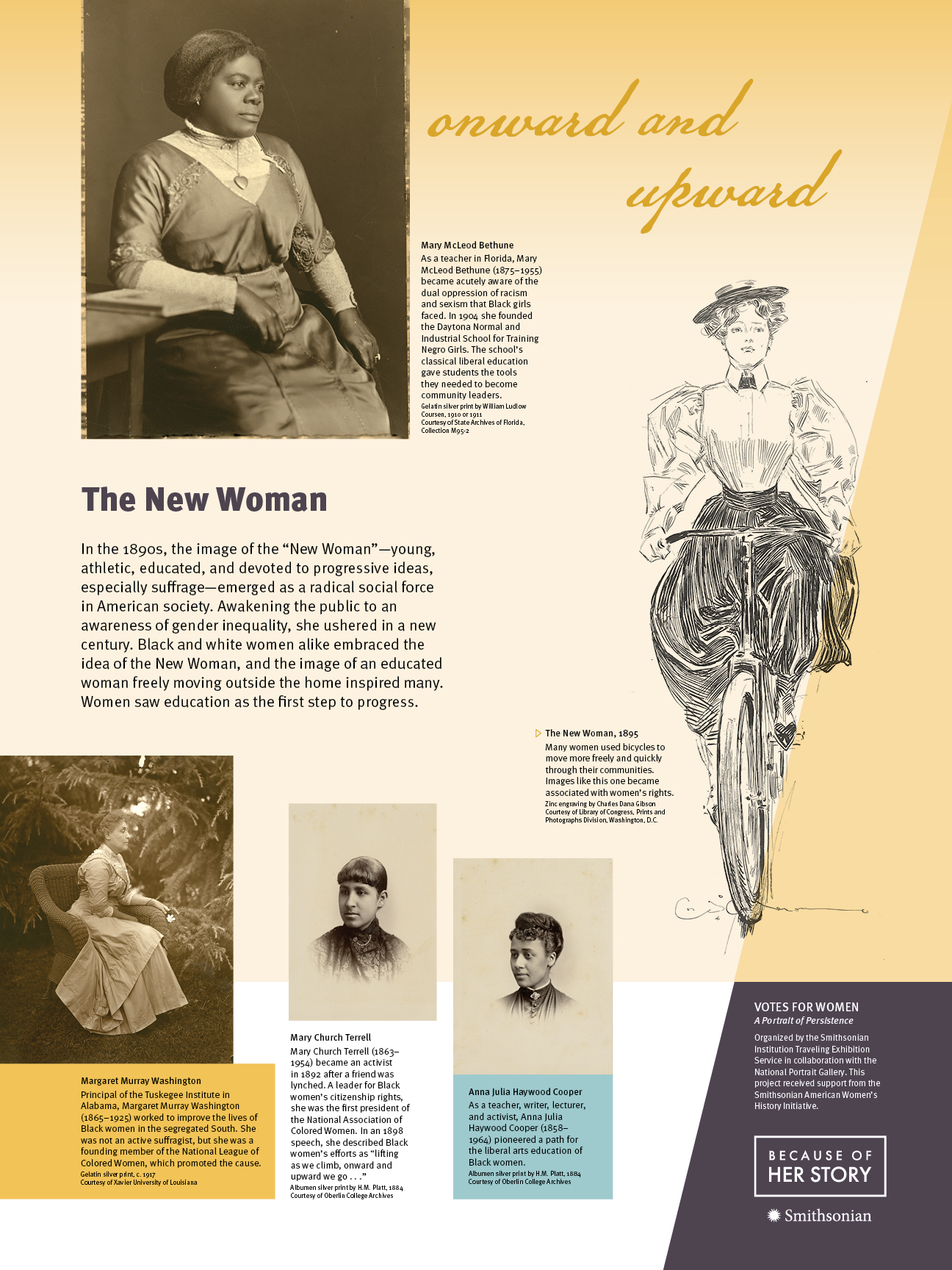 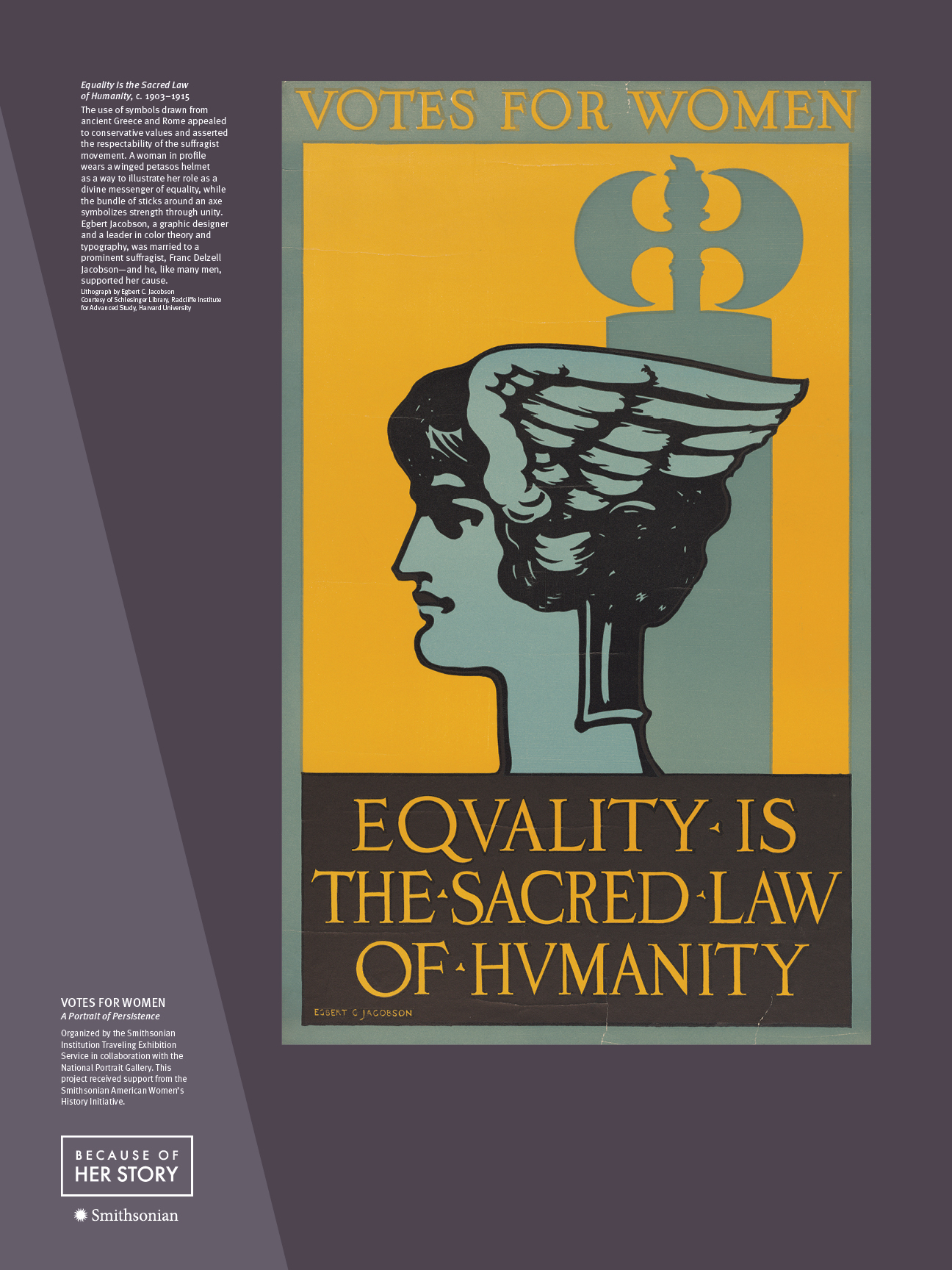 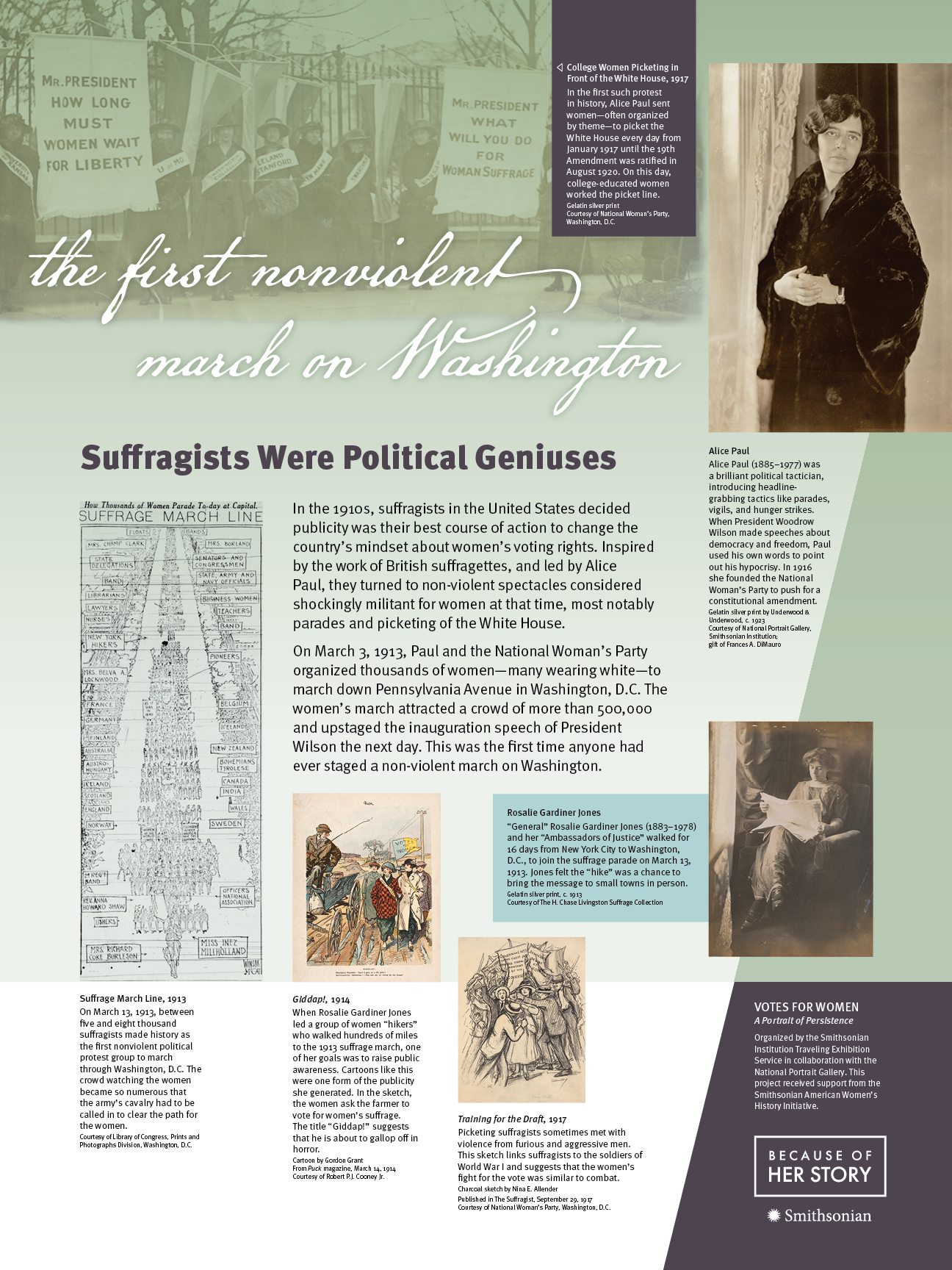 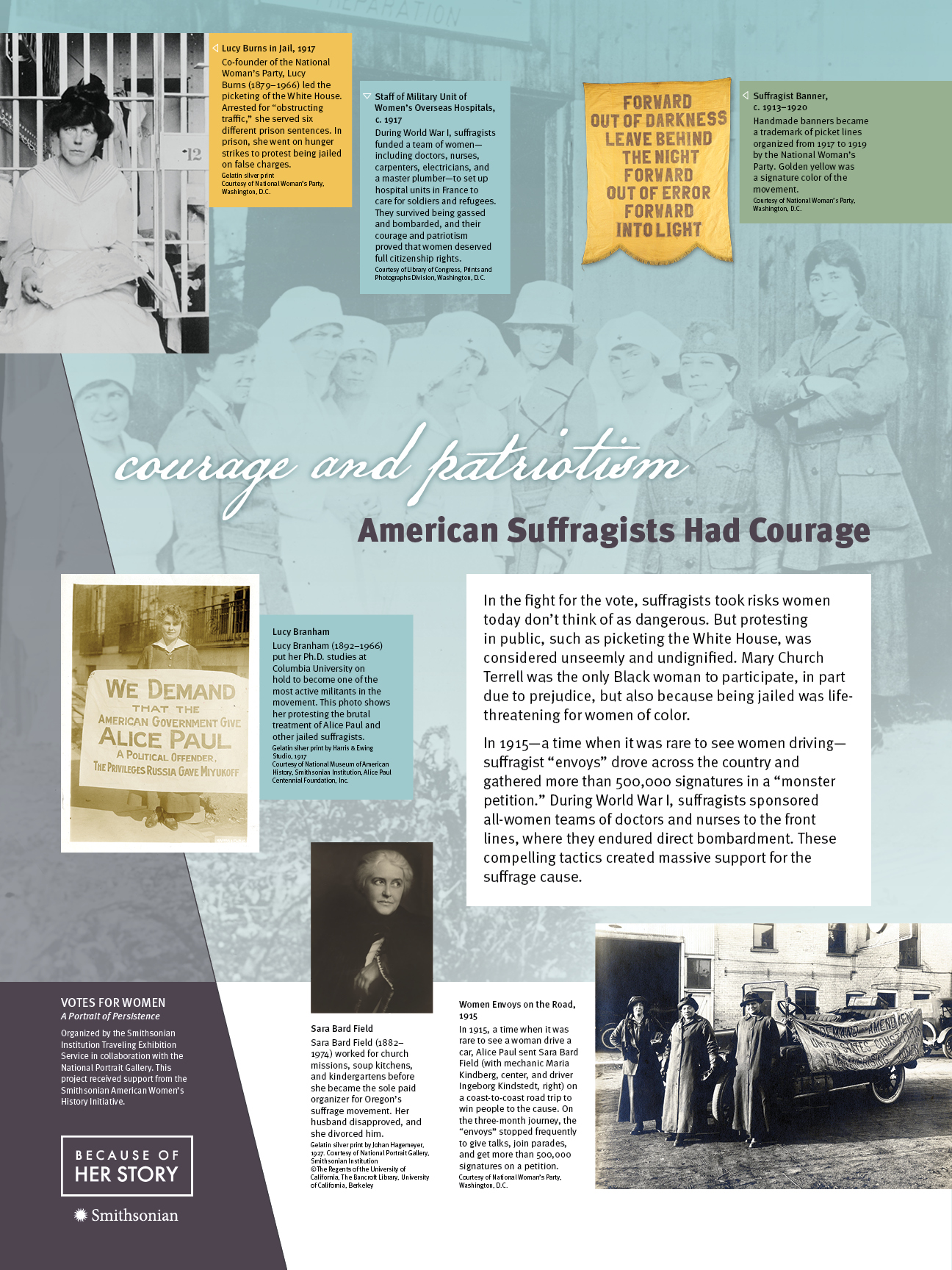 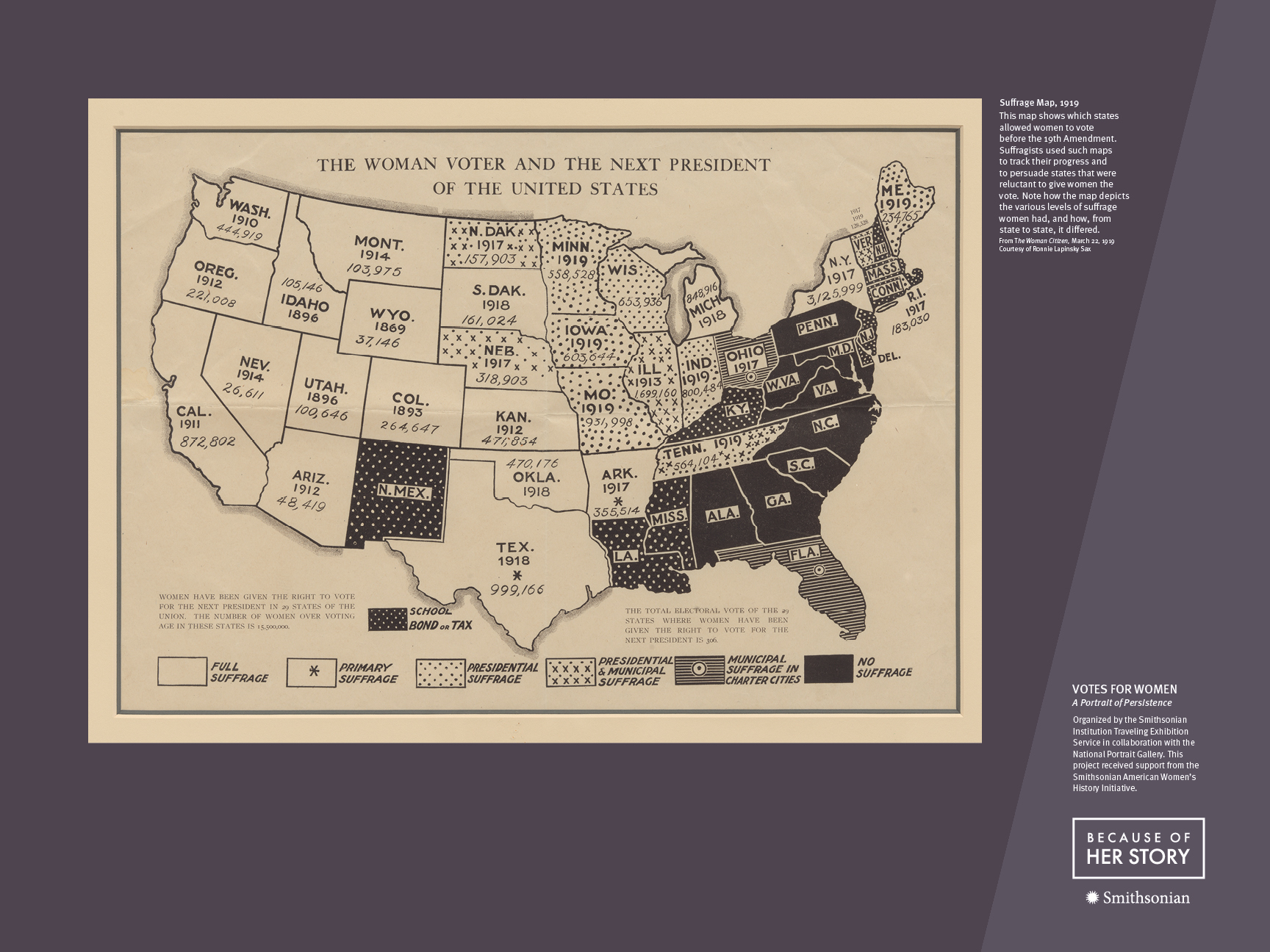 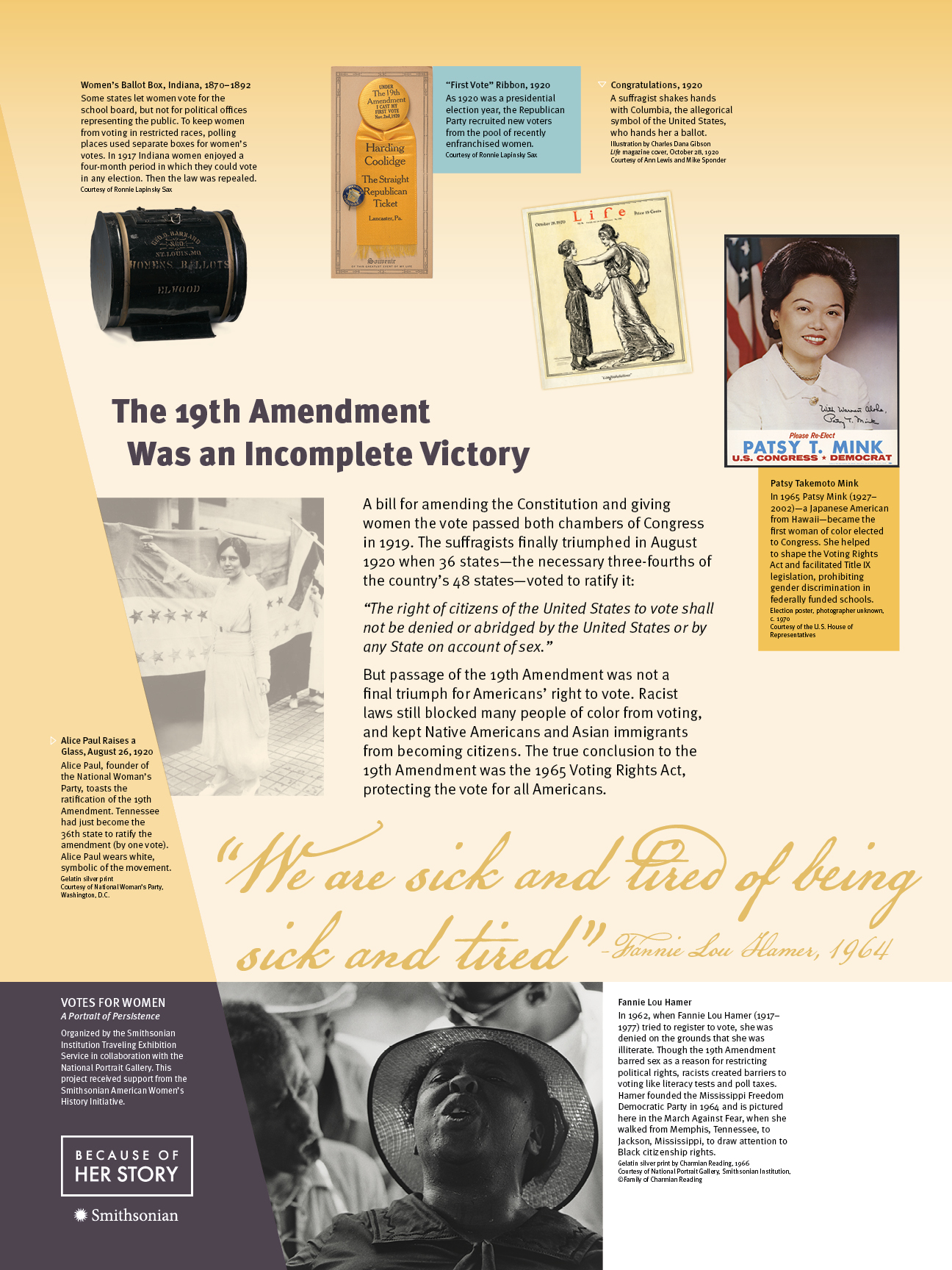