History Of American Comics - The Renaissance

The Age Of The Superstar Writer

The age following immediately after The Dark Age saw many creators rejecting the emphasis on style over substance. Many of the comics of this era were steeped in the idealism of earlier superhero comics but still told complex stories aimed at adult readers. The most famous and successful of these was Kingdom Come - a mini-series set in an alternate future where Superman, who had previously abandoned the Earth after becoming disappointed with humanity, returned to fight a new generation of "heroes" who utilized lethal force. Similarly optimistic series such as Astro City, DC Comics' Starman and Marvel's Ultimate Spider-Man would follow. This new emphasis on stories over flashy artwork led the major publishers to court established writers in other media and hiring them to write comics, even if they had little familiarly with the art form. 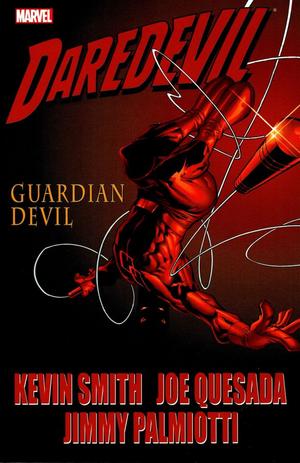 The end results were decidedly mixed and seemed to prove that just because a writer was a skilled novelist did not mean they could write a good comic script. Some truly great stories, considered among the finest comics ever written, were born of this era, such as Daredevil: Guardian Devil (written by filmmaker Kevin Smith) and the Astonishing X-Men run of Buffy The Vampire Slayer creator Joss Whedon. Conversely, there were also some stories that were considered utterly horrible such as Brad Meltzer's Identity Crisis and Jodi Picoult's Wonder Woman: Love and Murder. Still, the effort did restore the balance that had been lost in The Dark Age and the focus shifted so that writing and artwork were once again equal.