On October 4th, 1957, the Soviet Union launched the first successful man-made satellite into orbit around the Earth. Known as Sputnik, this satellite would have a major effect on the world and, indirectly, the American Comics industry. The Soviets' success worried America's leaders and led to a hurried contest - the so-called Space Race - to see which nation could get a man on the moon first. This, in turn, led to an increased focus on teaching math and science in the schools of both countries and an increased interest in science fiction. 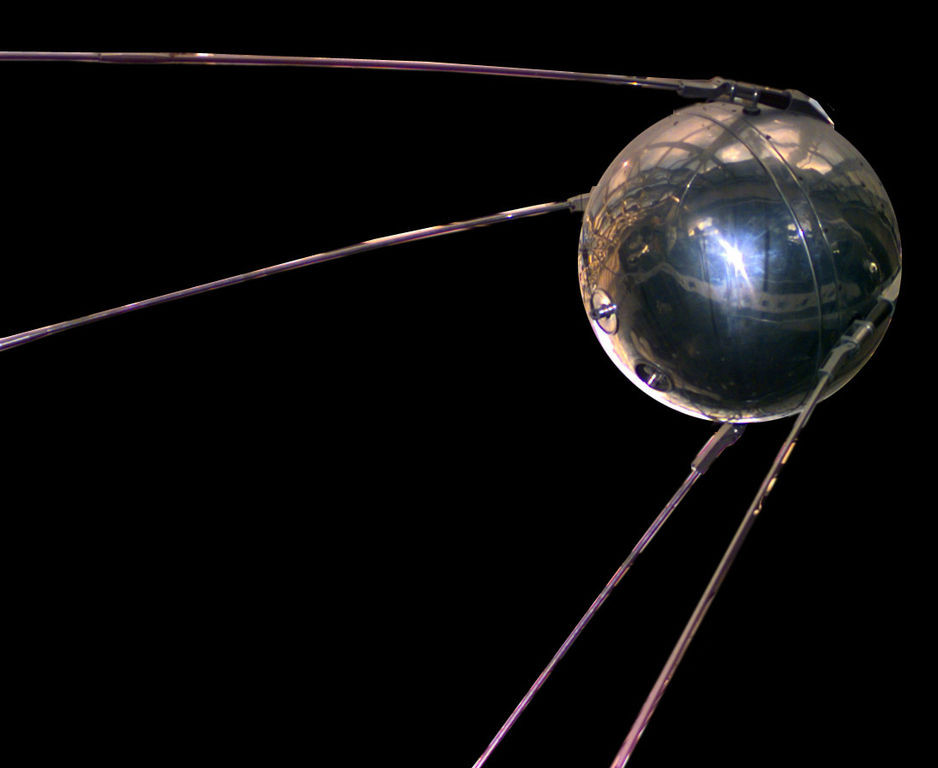 DC Comics turned the arguments of the censors from several years earlier to their favor. If comics about criminals turned kids into criminals, wouldn't comics about scientists teach them how to be scientists? This led to many of the heroes of the Golden Age being reimagined with more scientific origins and an effort to try and make comics educational. 1956's Showcase #4 is used by most comic book historians to mark the start of The Silver Age, because it contained the first appearance of Barry Allen. The second superhero to use the code name The Flash, Barry was the first attempt by a major comics publisher to try and reboot an established character concept for a new generation of readers. In this case, Barry replaced the original Flash, Jay Garrick, who was later said to exist on a parallel world - Earth 2. This idea was brought into the comics shortly after Hugh Everett proposed the Many Worlds Interpretation of Quantum Mechanics, which formalized the concept of alternate realities now commonplace in science fiction today.

Barry Allen also set the mold for a line of revamped heroes at DC Comics, whose origins were more firmly grounded in science. Barry was a forensic analyst for the Central Cty Police and his stories showed him using his knowledge of science as much as his super-speed to save the day. Indeed, every issue of The Flash was full of "Flash Facts" that taught the readers basic scientific principles.

Other DC Comics heroes were rebooted in a similar manner. The original Green Lantern, for instance, was a railroad engineer who discovered a magical jade lamp that responded to his thoughts. The new Green Lantern had the same powers, but his lantern was powered by advanced alien science. He was also a test pilot in his secret identity, to build on the national obsession with aeronautics after Chuck Yeager broke the sound barrier.

In the early 1960s, DC Comics took control of the comics market with their new line of science-themed superheroes. Rival publisher Martin Goodman, who ran Marvel Comics, asked editor Stan Lee to come up with a new superhero team that could compete with the Justice League. 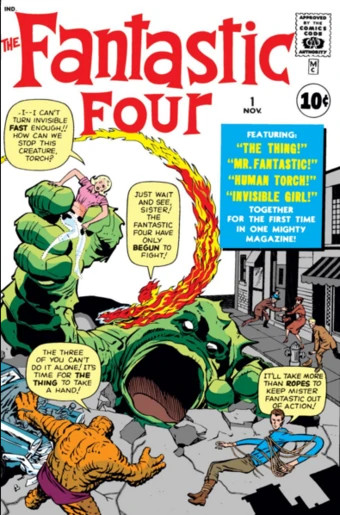 With artist Jack Kirby handling the character designs, Lee proposed a group of heroes who were more of a family, made up of unique personalities not seen in standard superhero comics. Thus did a gruff pilot, a pompous scientist, his timid fiancée and her hot-tempered teenage brother become the first in a new wave of heroes - The Fantastic Four!

Lee and Kirby also used Fantastic Four to explore the idea that being a superhero might not be all fun and games. Ben Grimm, who was turned into a Thing made of living rock by cosmic radiation, was a prime example of this. Fantastic Four's success led to Marvel Comics' fashioning a world of similarly flawed heroes.